The IRS has continued its program to enforce the reporting of foreign assets.   Failure to properly report either direct or indirect ownership in foreign assets could result in at least $10,000 in fines as well as possible criminal penalties. Although we carefully review each client’s situation as we prepare annual filings, a general understanding of the various reporting obligations will ensure that we meet all obligations and that no penalties are assessed.

What foreign assets are required to be reported?

How can I properly report these assets?

Form 114, Report of Foreign Bank and Financial Accounts, must be annually filed (separately from your individual tax return) by June 30th. No extensions are permitted.

Other required reporting of foreign assets can be satisfied with additional forms that can be filed with your tax return (including extensions). Some examples include:

In reviewing your own personal tax situation, it is important to review both your direct and indirect interests in foreign entities.

How do I report foreign assets now that were inadvertently not reported in prior years?

The IRS has created a special program called the Offshore Voluntary Disclosure Program (OVDP) to allow taxpayers to voluntarily report assets that were inadvertently not reported in prior years. The IRS announced favorable changes to the Offshore Voluntary Disclosure Program effective July 1, 2014.  These changes apply to those taxpayers whose failure to properly report their foreign assets was “non-willful”.

Taxpayers may qualify for the streamlined OVDP program via two different scenarios:

Under the prior OVDP (prior to July 1, 2014), participants paid a penalty of 27.5-percent of the highest aggregate balance of their value of offshore assets during the prior eight years.  The new program has reduced the penalties associated with the non-reporting of the foreign assets (see below), but, in return, the IRS requires additional information from the taxpayer.  This is an effort by the IRS to encourage more taxpayers to participate in the OVDP.

The two different scenarios for taxpayers to qualify for the OVDP are listed below.

Taxpayers who qualify for this scenario have filed their U.S. tax return for the previous years and have properly reported their income on their tax returns.

Taxpayers are either U.S. citizens or permanent residents who have physically lived outside of the U.S. for at least 300 full days for any one or more of the most recent three years.

In both scenarios, the taxpayer’s non-reporting of the foreign assets must be non-willful.

The previous OVDP was only available to nonresident nonfilers with a tax liability of $1,500 or less.  The IRS made the new program available to a wider group of taxpayers.  They eliminated $1,500 tax liability limitation and the risk questionnaire.

If taxpayers do not willfully come forward with foreign assets, they will be assessed a penalty of 50-percent and may be subject to criminal penalties as well.

If you have any undisclosed foreign assets that were mistakenly omitted from prior filings, please do not hesitate to contact us. We can assist you with the process to properly report these assets.

Foreign asset reporting is complex.  Please feel free to contact us to discuss your specific situation and any reporting that may be required. We welcome the opportunity to speak with you. 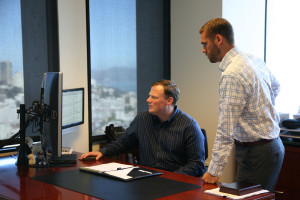